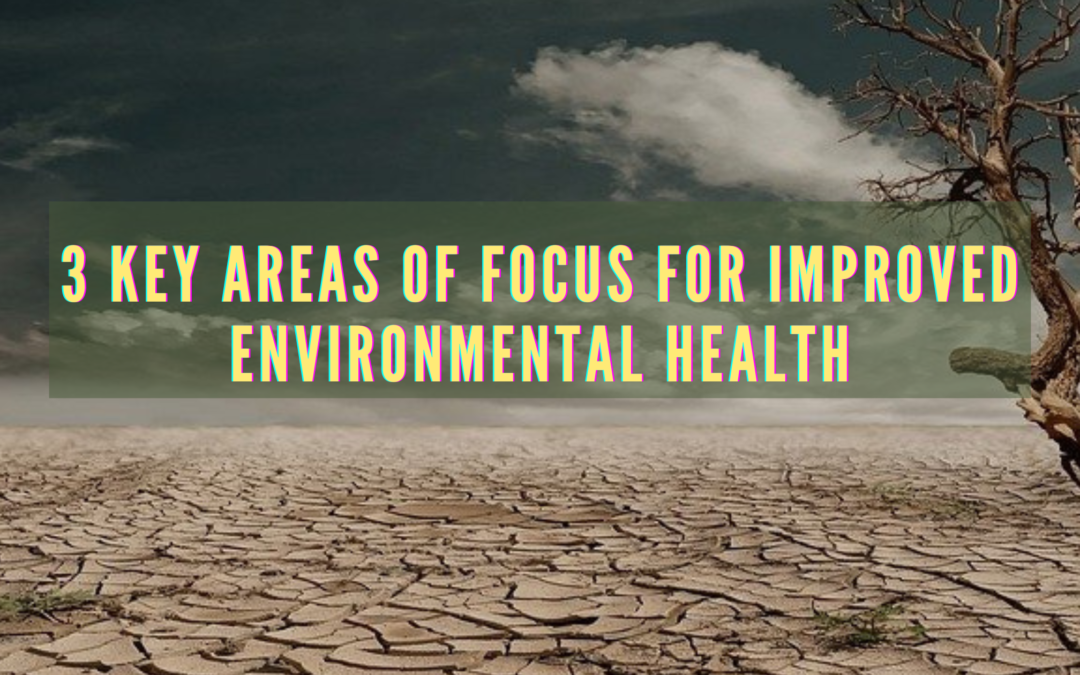 Human emissions continue to push into the danger zone, with rising atmospheric temperatures becoming a cause of concern that should be addressed. Here are some of the key areas requiring attention if environmental health is to be improved. Here are 3 Key Areas of Focus for Improved Environmental Health

Land is one of the most valuable natural resources that we have as humans. From grasslands, forests, vegetation, and wetlands; all these if well conserved ensure a healthy environment and rich biodiversity. Unfortunately, most of such land has been converted to agricultural use. This change in land use is a key driving force behind the impacts on water flows, reductions in biodiversity, cycling of carbon, phosphorus and nitrogen gases, and other elements.

While the changes in land occur at a local scale; the aggregated consequences have the potential of impacting earth system processes on a global scale. Forests tend to play such a vital role in controlling the dynamics of land use and also impact climate. A boundary to change on land as a result of human activities should reflect not just land quantity but also land quality including its spatial distribution and function.

Flow of Nitrogen and Phosphorus Elements to the Oceans and Biosphere

Agricultural and industrial processes have radically changed the biogeochemical cycles of phosphorus and nitrogen. Both the elements are quite vital for plant growth which makes the production and use of fertilizer to be of great concern. Human activities have increasingly led to the conversion of atmospheric nitrogen into some reactive forms at a rate higher than all of earth’s terrestrial processes put together.

A good quantity of this new reactive nitrogen gets emitted into the atmosphere in different forms instead of being taken up by crops. When it rains, it ends up polluting the waterways and coastal zones. It also accumulates and forms part of the terrestrial biosphere and only a small portion of phosphorus fertilizers gets utilized by plants. Much of the phosphorus that’s mobilized by humans also ends up in aquatic systems.

It can lead to a lack of oxygen flow as bacteria consumes blooms of algae that tend to grow as a result of a high nutrient supply. A significant amount of nitrogen and phosphorus also finds its way to the sea and is capable of pushing marine and aquatic systems to ecological thresholds of their own. This can lead to situations such as a decline in shrimp catch as reported in the Gulf of Mexico; the dead zone that came up as a result of piling of fertilizer transported into the rivers from the US Midwest.

Aerosols play such an integral role in the earth’s ecosystem, especially through interaction with vapor water. It influences the hydrologic cycle and in turn, affects cloud formation on a global scale and the regional patterns of atmospheric circulation. This results in conditions such as the monsoon systems within the tropical regions.