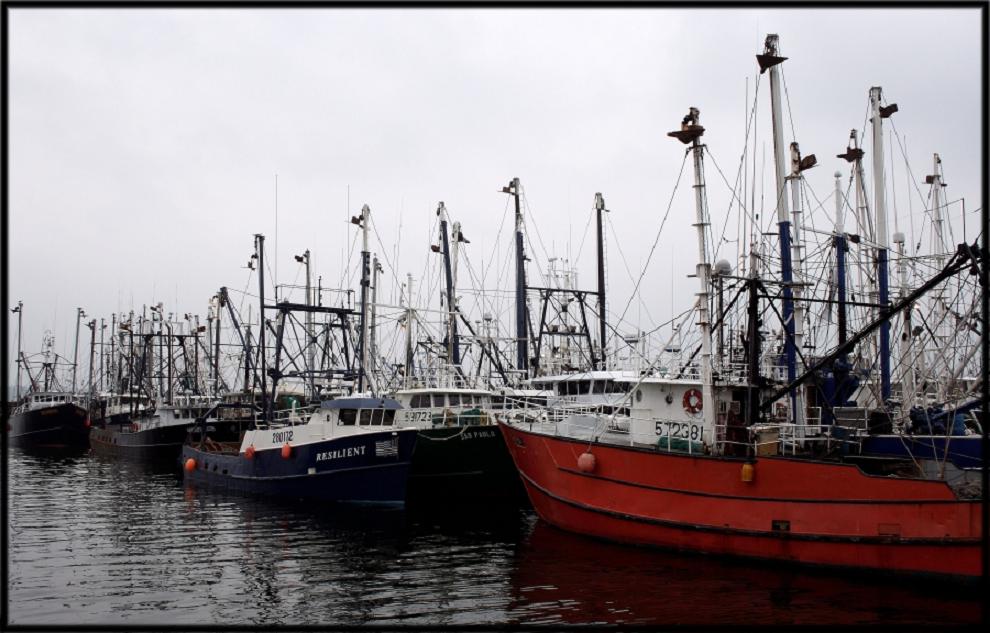 New Bedford Harbor, located in Bristol County, Massachusetts, is one of the busiest and most polluted sea ports in the United States, Which is contaminated with heavy metals, and Polychlorinated Biphenyls (PCBs). For four decades, toxic waste from nearby plants was being drained into the water of the 18,000-acre estuary seaport and it is also one of the largest EPA’s super fund sites for cleanup. Recently, researchers have been faced with a new puzzle of evolution in the contaminated waters, which the Woods Hole Oceanographic Institution (WHOI) has been trying to solve.

Recently it has been found that common estuarine fishes, which are about three inches in length have grown tolerance and been thriving in the contaminated waters in highly toxic conditions in the waters of harbor. The greatest mystery about these fishes is – how they have been able to adapt to such toxic conditions? In a paper published in BMC Evolutionary Biology, researchers revealed that changes in the receptors protein of the fish might have helped them to survive these extreme toxic environments. The receptor protein called the aryl hydrocarbon receptor 2 (AHR2), might explain how the fish evolved to become resistant to the toxic PCB waste in the New Bedford Harbor.

Usually Killifish are pray fish that stays within few hundred yards of the place they are hatched, for their entire lives, and do not migrate. Killifish stay in the area all year round, and not only during the summer feed seasons, which many other types of fish tend to do at irregular intervals.

Usually, when a fish is exposed to contaminated water, their natural defenses work to break down the toxic materials and keep the cellular functions normal. Their body produces enzymes controlled by AHR2 proteins. Normally, high levels of PCB in the water cannot be broken down in this way leading to toxicity. Moreover, their constant stimulation or AHR2 may disrupt their normal cellular functions. The fish in the New Bedford Harbor have grown resistant to PCBs, and their AHR2 systems have developed to breakdown the toxic effects. Adaptation to changes have been a major factor behind the diversity and survival of the species since the origin of species on earth, and Killifish in the waters of New Bedford Harbor is a perfect example how evolution works, and how some species can adapt to changes in environment in order to survive. The research team of Atlantic Ecology Division of the U.S. the Boston University School of Public Health, Environmental Protection Agency, and the University of North Carolina at Charlotte, contributed collectively in researching the genetic code, where they used a “candidate gene” approach in their research. In their research, they took samples of Killifish genes from several other locations along the north east coast, both from toxic and clean waters, and sequenced the protein-coding segment of three candidate genes (AHR1, AHR2, AHRR), which were resistant to toxic PCBs. Scientists have found variations in the DNA structures of the fish found in the New Bedford Harbor waters. When looking for single nucleotide polymorphisms (SNPs), scientists have found variations in their receptor protein AHR2, which plays an important role in their early stage of life to mediate the toxicity of the water. Out of the 951 different amino acids, 9 of them show a variation among individual Killifish in New Bradford Harbor, leading to 26 different combinations of proteins.

The survival of Killifish in the toxic waters of New Bradford Harbor is one example of how our negative impacts on the environment force animals to make changes in their cellular functions in order to survive. The DNA structural changes can also be an evidence that how our actions or our impacts on the environment can drive evolution. As our impact on the environment increases, the ability to change accordingly becomes even more important for living things to continue to survive, and if the changes are too sudden, they even may fail to make change so quickly. Changes like acidification of oceans or rise in temperature of global waters will all drive all the living things to change their habitats, or adapt to these changes, even making changes in their DNA structure overtime.

We greatly appreciate your time and your visit to our sites. We tried to bring forth facts that impact our globe and we encourage you to make your thoughts about sustainability and environment spread. Please leave your comments or thoughts at the end of these articles. We would also appreciate it if you share this with your connections or friends over the social media platforms.