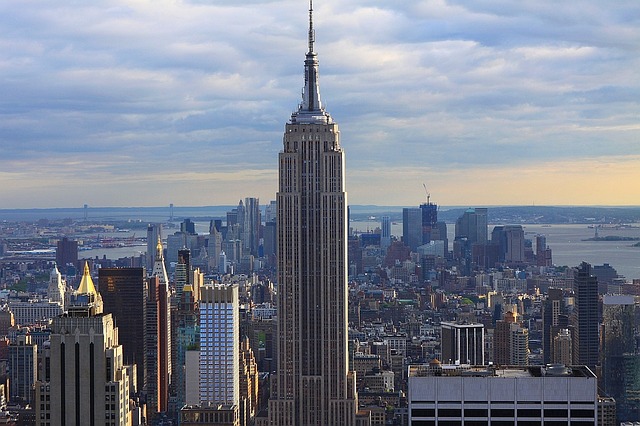 The quest for fully renewable sources of energy has been motivated further today due to the growing economic, environmental, and other ecological concerns. On top of that, global warming and climatic changes are a major health concern for many scientists and environmentalists today. The idea of renewable energy sources is gaining popularity faster than what many environmentalists anticipated, and finding alternate sources of energy for powering our automobiles, factories, and houses, which do not use any fossil fuels, has been a goal of many organizations, scientists, and citizens.

The city of New York has made a goal to be powered by“100% Renewable Energy” by 2030. The plan calls for energy generation using water currents, wind, and solar panels, and fully phasing out the use of fossil fuels. The full process is expected to be accomplished by the year 2050.

Believe it or not, it is possible to power the entire state of New York, using renewable sources of energy, by the beginning of 2030. New York has been one of the leading states on the renewable energy source technology front line since 2004, when governor Pataki issued the first green initiative. Since then there has been 52 megawatts of new solar power projects approved as of March, 2013.

The 2030 plan takes into account only the technology currently available to scientists, and already in commercial use. However, new inventions and rapid progress in renewable energy technology is improving the possibilities of achieving the goal even faster. Moreover, support from the general population, and investors will continue to speed up the process of achieving the goal.

New York has been able to produce as much renewable energy as the entire rest of the Northeastern states combined, just by stems in the Niagara and St. Lawrence rivers, through wind and hydroelectric power plants. The growth of renewable resources in New York is not without a few setbacks. It scrapped a plan to put up 150 turbines off shore between Chautauqua and Buffalo, because the cost was too high.

The current project, which authorities are working on right now with downstate power providers, is a particularly promising project, which could easily add another 100 megawatts of power by 2015. The project is to explore wind turbines off the shore of Long Island. In 2004, the capacity of producing energy from renewable sources sky rocketed in New York, expanding form 48 to 1,600, with the development on the Tug Hill Plateau.

So, who are these people who are crazy enough to think that New York can be 100% fossil fuel free by 2030? Ideas come from two of the most prestigious universities in the United States, Cornell and Stanford. Robert Howarth, a Cornell professor of ecology and environmental biology, and also a co-author of the paper demonstrating how to make the entire state of New York fossil fuel free has said – “It’s way outside of the realm of what most people are talking about … But I think people have been too pessimistic about what can be done.” (New York Plans For 100% Renewable Energy by 2030 | Ecopedia)

Is that goal reachable? Will other parts of the United States can follow the same model as New York? Please register for our next huddle webinar and find out more from our next huddle guest, Robert Howarth, a Cornell professor of ecology and environmental biology who is a co-author of the 2030 plan. We will learn from the author himself.