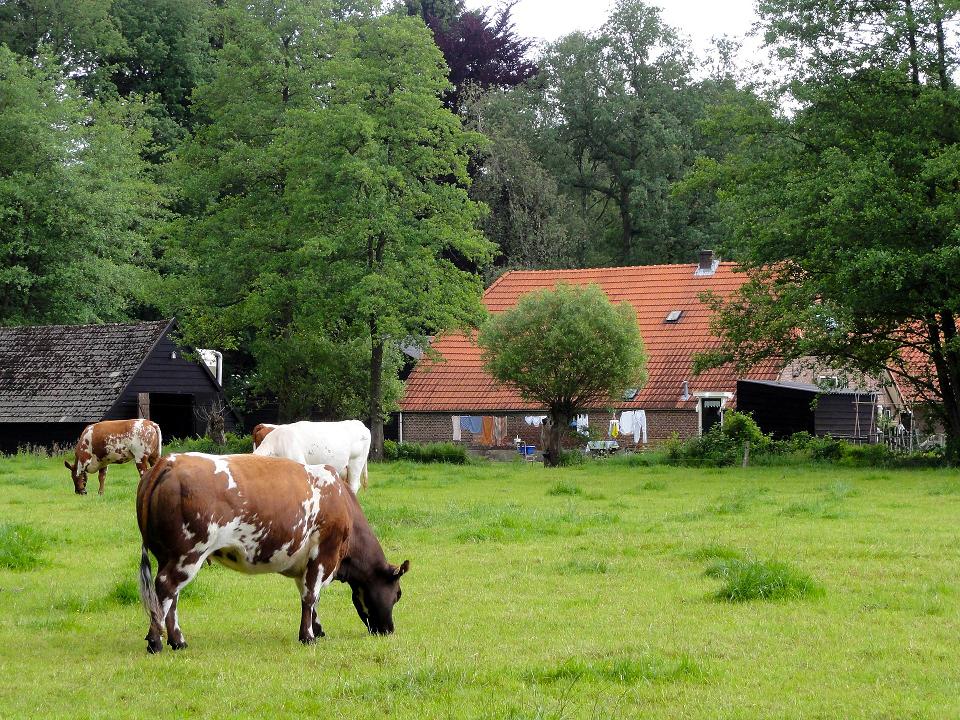 Do we eat grasses? The truth is, we do. We do eat a bit of grass when we eat corn, rice and wheat, all of which are grasses. But actually, what we eat is their seeds, the dense package of complex carbohydrates that is the specialty of annual grasses. Perennial grasses, which are more common, pack a larger proportion of their energy in their roots, stems and leaves; the building block for these is cellulose. We don’t eat grasses directly; however, the meat that we eat should come from animals that did.

Every year, more than 18 million tons of protein is wasted by feeding livestock on grain. A steer has to be fed 21 pounds of grains to produce 1 pound of beef, so 20 pounds of valuable nutrients are wasted in the process. (Raising Grass-Fed Beef – Sustainable Farming – MOTHER EARTH NEWS)

There are many advantages to eating grass-fed, pasture raised animals. Here are top five reasons why you should eat grass-fed animals. 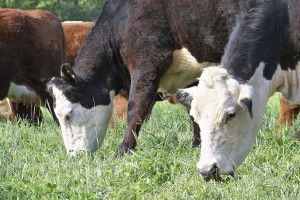 Animals raised in feedlots are often kept in crowded areas, where thousands of steer are kept in close, concentrated conditions. Feedlots fatten animals as quickly as possible and take them for slaughter. It is also a common practice among feedlots to add low levels of antibiotics to the feed and water of healthy animals on the feedlot to promote faster growth, and prevent diseases and infections associated with animals growing in crowded, unsanitary conditions. According to FDA, 83% of antibiotics used in the United States, are used on healthy animals, and not for treating sick animals or humans.

The World Health Organization (WHO) recognizes, the “overuse and misuse of antibiotics in food animals” is a major source of antibiotic-resistant bacteria that are affecting humans, and so, infections are becoming increasingly difficult to treat.

Pasture-fed animals are not given a regular dose of antibiotics. Only certain antibiotics are given, that are allowed for grass-fed certification programs, Verified by USDA Process.

2. Perennial grasses are better for soil. 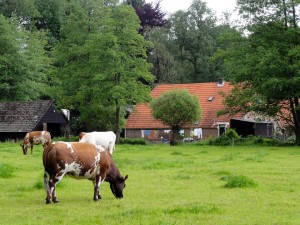 Pasture top soil is a complex habitat for a variety of biologically diverse organisms. In every handful of topsoil, there are billions of microbes that participate in the nitrogen and carbon cycle, help in the decay of dead plants and animals, and fertilize the land. Earthworms’ digestive tracts transform fine plant detritus and grains of sterile rock into fertile excrement. It takes a long time to restore the nutrients of the top soil through natural processes. According to the National Academy of Sciences, cropland in the United States is being eroded at least 10 times faster than the rate at which it can be replaced. The deep roots of the perennial grasses lift nutrients back into the system and put them back into the food chain.

3. Grass-fed animals are healthier and safer

The digestive systems of ruminant animals are naturally pH neutral and best suited to a diet of grasses made of  cellulose . The primary diet fed at feedlots, which is based on grains, soy and corn, is not a natural diet for ruminant animals. A diet high in starch, low in roughage and a poor source of calcium and magnesium, can make the stomach of animals unnaturally acidic. This may make the animals sick, giving a foot-hold for several parasites, pathogens, including E. coli bacterium. According to a U.S. Department of Agriculture microbiologist, switching the diet from corn to hay can reduce the population of E coli by 70%. 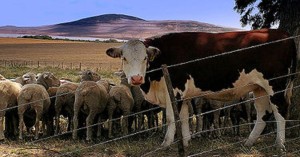 Grass fed animals have the right kind of fat. Many of us have the misconception that animals fed corn and soy have higher levels of nutritional value, but this is not true. Corn-fed beef tends to develop well-marbled flesh, but this is simply saturated fat that can’t be trimmed off. High levels of saturated fat can be harmful for our health. Grass-fed meat, on the other hand, is lower both in overall fat and in artery-clogging saturated fat. Pasture-fed animals also have up to four times higher levels of vitamins, minerals, and heart healthy Omega-3 fatty acids, as an added bonus.

From a humanitarian perspective, pasture grown animals receive more personal care, and are left to graze on their own and forage naturally on the pasture grass, the way animals were meant to feed and grow naturally. Pastured livestock are not forced to live in confinement and to endure the miseries. There are several cases of animal cruelty which have been reported from modern feedlots. The living conditions and feeding processes of feedlots are cruel on their own, where animals are forced to live in congested places, in cages, and often knee-deep in their own manure. Pasture-fed animals are not confined. 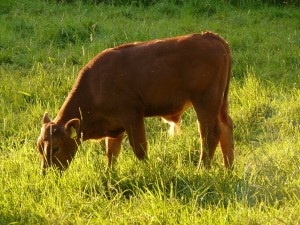 It is always better to eat less meat and eat more fresh fruits and vegetables for your health, and also for the environment. But when you eat meat, make sure you eat animals that were pasture grown. You will be supporting a humane, environmentally sustainable, healthy system of farming and agriculture.

If you are a farmer, feed your animals young, naturally grown grasses, which are easily digested and high in nutritional value.

To learn about our Donoma Si Sustainable Livestock Nutrition Program and DIY plans for proven livestock feeding systems (aquaponic/hydroponic micro-green fodder systems) please contact us or leave a comment in the comment box below.