5 Reasons Why the United States Will Succeed on Climatic Changes 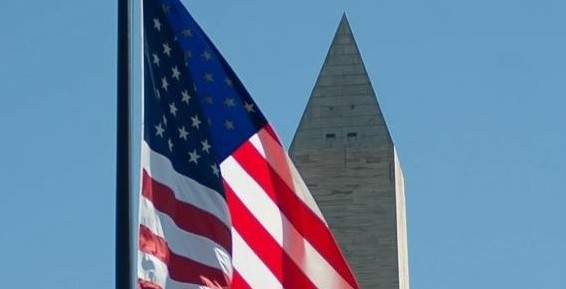 Recently, it has been made clear by scientists that inaction is not an option for Americans and I have become even more optimistic when the economics say that sustainability isn’t going to cost a whole lot. On the contrary, not becoming sustainable but continuing to deplete our environment – that might prove to be more expensive in the long run. Below are 5 reasons why America will win the sustainability race and succeed on climatic changes.

1. America is more technologically advanced than any nation in the world

In April, it was decided by world scientists and governments that we need to keep the global warming threshold at 2 degrees. At that rate, our annual net global warming growth rate will be 0.06%, and a staggering amount of damages could be avoided. In May, the International Energy Agency (IEA), “Energy Technology Perspectives 2014”, reported that to keep global warming under dangerous levels, we would need to invest only 1% of the global GDP towards sustainable energy resources per year and it would be very cost effective. The additional $44 trillion dollar investment needed to decarbonize the globe would be offset by $114 trillion in savings on fuel expenses, giving a net profit of $71 trillion.

As the development of clean sources of energy continues to increase, the cost of clean energy resources will continuously become cheaper.

3. The people who will suffer the most has a right to vote

While it is true that the poorer countries of the third world will suffer terribly due to the climatic changes, the whole globe including the United States will suffer great losses. We have many cities and trillions of dollars worth of resources at the coastal area near sea level, which we have no way of protecting. So, we have enough motivation for action.

4. We are ready to make sacrifices now for future benefits

We have a long heritage and history of sacrificing and risking our lives for a better future, especially for the future of others. For the better future of others that we don’t even know. The sacrifices that we need to make to avoid the catastrophic consequences are a very small price to pay compared to the years of sacrifices and hardships that Americans had to go through during wars.

5. We can achieve international cooperation It is a popular belief that developing countries are suffering from climatic changes and pollution due to the industrialization of the developed countries. On contrary, China is one of the biggest polluters and the biggest obstacle to a global agreement to put a cap on the carbon emission. Recently a key academic adviser on the climate to Chinese government said that he and other experts in China are recommending a cap on emission. The key leaders in China have been studying the effects of pollution on the environment and are committed to developing policies against emission.

I am optimistic about decreasing the global impacts and the effects of climatic changes in the future, as our technology improves and the general population shifts towards sustainability more seriously. As more businesses enter the sustainable industry, the reusable and green resources will become more easily available for the common people and they will also be a lot cheaper in the future. It may be difficult to achieve sustainability in all parts of the globe, but it is possible.

Please share this article and encourage people to learn about renewable clean sources of energy and sustainability. We’d love to hear from you, so please leave a comment at the comment box below.