Is it finally the time for the world to go cashless? 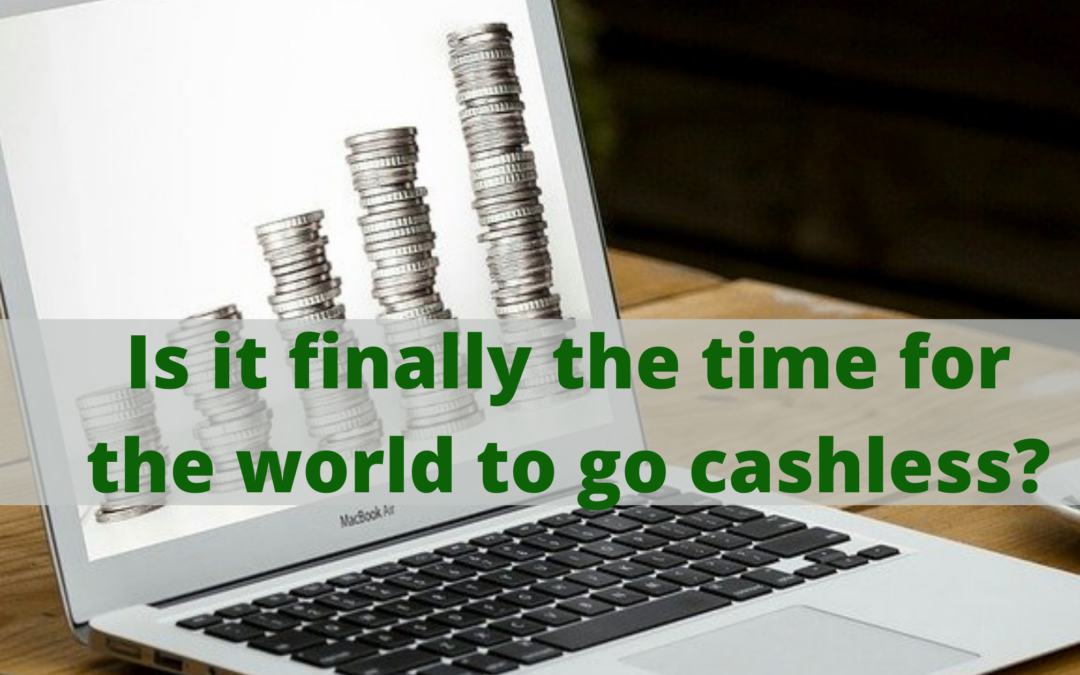 With a global pandemic putting a halt on societies’ day-to-day norms and values, one manifestation has been that cash is now bad. Why? Because it helps spread the virus through unnecessary contact between people.

China is a good example of how COVID-19 has been speeding up this trend towards a cashless society. In 2017, three-quarters of the population preferred digital payments over cash. There is now a campaign to spread this behaviour out towards the rural cities which are falling behind. The digital yuan is also being introduced in major cities and is being accepted by big hitters like Starbucks and McDonald’s. The digital yuan only exists in the form of code in a digital wallet.

Why go cashless? Because we can

We were already on a trend away from cash transactions, given that 15% of retail sales are through e-commerce. It’s not just the rise of Amazon and courier infrastructure that’s facilitating this, but the technology itself.

Online payments have become so efficient that even currency exchanges are frictionless. There’s a diversity of apps to transfer money to any currency within the same day, for the interbank rate (or very close to it). Long gone are the days that you would actually take a trip to the local currency store to get cash out for a 3% markup.

With Google Pay and Apple Pay integrated into NFC on mobiles, plus the rising use of QR codes, there’s little reason to hold cash now at all. It’s a matter of small merchants having the same infrastructure (i.e. contactless payments on the POS terminal).

This isn’t modernising for the sake of it, this has tangible benefits. For smaller merchants, accepting online/contactless payments increases accuracy. Not only for charging the right price, but the bookkeeping process.

In the UK, we have seen the majority of pubs and restaurants introducing contactless sales: punters go on an app, type in the table number, order and pay for it on the mobile. Then, a waiter brings the food and drinks over. It’s a great way to minimise the spread of COVID-19, but it also has an air of efficiency about it. Combine this with the automation of customer service, and you can see why cash is becoming an obstacle.

The damage on the environment caused by cash

It can be argued that the biggest threat to mankind is currently the environment and the change that’s occurring to it. This, for many, is our absolute priority.

You don’t need to be an eco-warrior to realise that cash uses up immeasurable resources. A $5 US dollar bill will only last around 16 months in circulation before it wears out and becomes redundant. Whilst the materials in a US dollar aren’t freshly harvested, it’s still treated, produced and delivered.

A 2009 article titled The Green Lantern found UK banknotes to have a high carbon footprint. It uses pesticides, water and fertilisers for the albeit-recycled cotton. The new notes, which use tallow, violate vegan, Hindu and vegetarian belief.

Coins are even worse for the environment due to the process of extracting materials. Not only is it mined, but it’s then transported (and it’s heavy). The American Council for Science and Health published a finding in 2016: of the 327 billion US pennies that were produced since the early 80s, 107 million pounds of carbon dioxide has been emitted as a result, as well as an amount of diesel pollution that’s difficult to measure.

That being said, credit cards are notoriously difficult to recycle, so these aren’t ideal either. Plus, mining bitcoin uses up an extreme amount of electricity, as well as the GPUs themselves.

The arguments against a cashless society

Conspiracists, libertarians and baby boomers will all have you believe that a cashless society would be a disaster, albeit for different reasons.

First and foremost, cash transactions are anonymous and are done in private. This is an issue for conspiracists, because a cashless society would mean the government can completely monitor and control us. For example, suspending your bank account, preventing payments and tracking spending patterns. This takes away our freedom and privacy.

Libertarians are along the same line of thinking, and believe we should be able to act autonomously within the market. They would be quick to point out that the first society close to going cashless is China, run by a Communist party. If we want to use cash, let’s use cash. The more options, the more free the market (and ourselves) is.

Finally, the slightly older generation will be suggesting this is hurting them because they don’t understand online banking. Cash is how they pay for a taxi for example, which is more convenient for them than chip and pin or worse, paying via an app.

However, with the potential for anonymous, decentralized cryptocurrency transactions, a cashless society can still have an avenue of privacy. And, given that its integration wouldn’t be immediate, it would be enough time to learn how the new methods work. Plus, by the time millennials are 70+, they will have been brought up with online banking.

P.S: For more FREE online learning opportunities, Join the EAT FREE Community! Where you can make a little money, making the planet better!\

How To Make Your Business More Eco-friendly