Plight of the Salmon and Steelhead 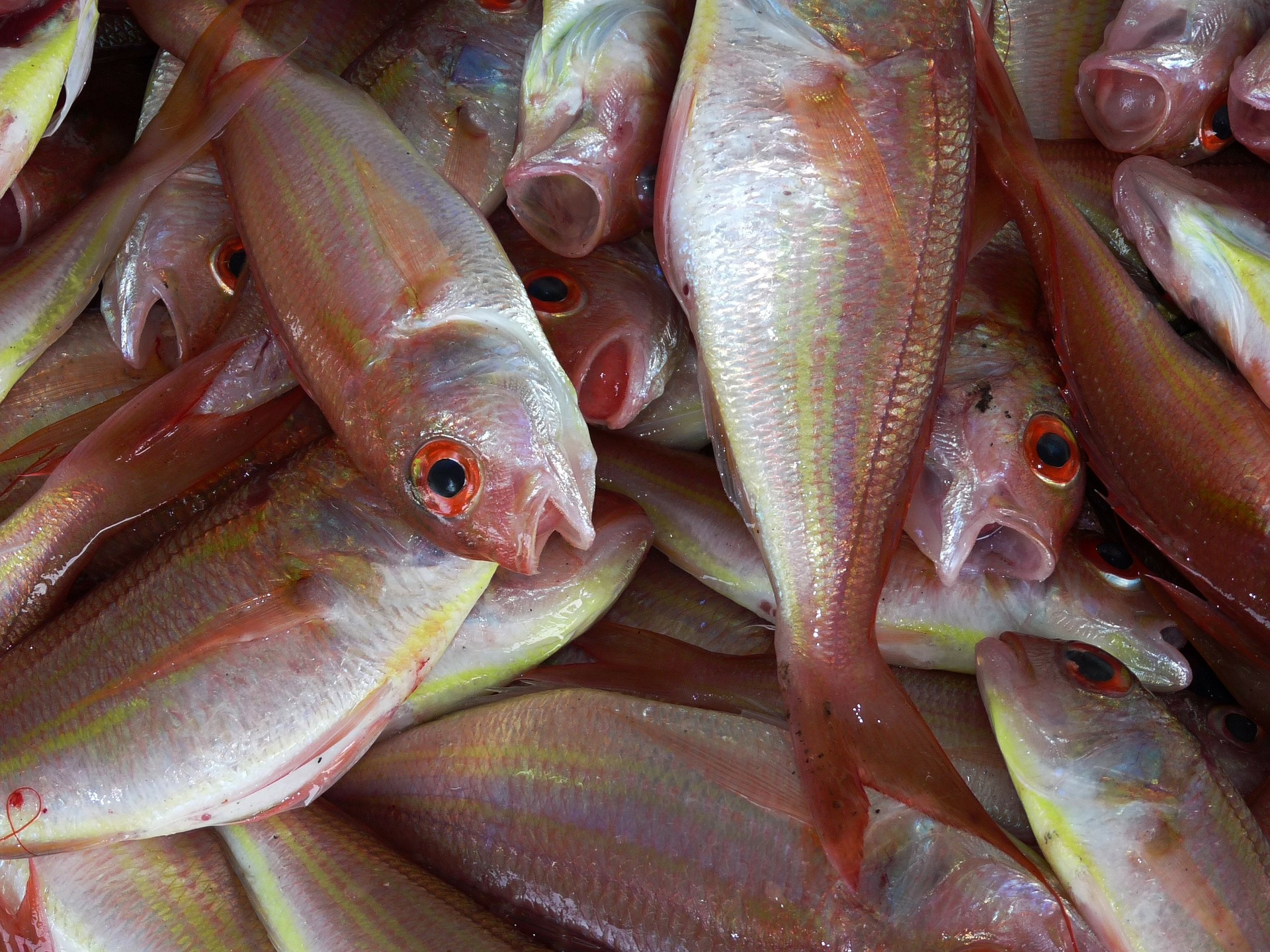 Salmon and Steelheads are two of the oldest species of fish know to fishermen in the United States. They are commonly found in the waters of the Pacific and North Atlantic Oceans and in the surrounding coastal areas. Some species of salmon have also been introduced in non-native waters, such as the Great Lakes of North America and Patagonia in South America. Both salt water and fresh water species of salmon are intensively produced in aquaculture in many parts of the world. (WikipediA) 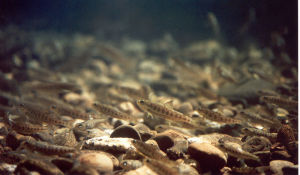 The mother salmon swim upstream, thousands of miles into the rivers and tributaries where they spawn to reproduce the next generation of fish. Baby salmon start their lives in fresh water and they must swim downstream to join their group in the ocean. Then again they begin their journey upstream when the time comes for laying eggs, migrating thousands of miles. 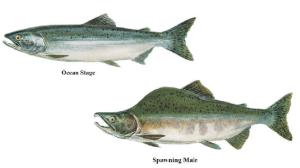 Mothers lay eggs in streambeds and hide eggs with gravel and sand. Once the babies are hatched, they are attached with a sack yolk that continues to feed them for a few days after they are born. The young salmon and steelheads stay hidden in the rocks and sand until the yolk is used up, and then they must leave their rock bed and swim into the water to find food for themselves. In the early stages, they will usually eat tiny aquatic plants, larva, insect eggs and insects. During their fry stage, they must hide from common predators, such as ducks, carnivorous fish and herons to survive. Their body structure and stripes help them to be naturally camouflaged in the stream waters.

For a critical part of their lifecycle, salmon and steelheads depend on cool, freshwater rivers, streams and creeks to hatch their eggs and to grow to a mature age; old enough to swim back into the ocean.

Salmon and steelhead have existed for at least two millions years in the Pacific coastal areas of North America – from Baja California through to Alaska. In the past 150 years or so, many wild salmon stocks have been declining, and some species of salmon have disappeared, which has been a growing concern among environmentalists and conservationists in recent years.

Current status of salmon and steelheads

Nehlsen (Pacific Salmon at the Crossroads) concluded that there are 200 salmon stocks in California, Oregon, Idaho, and Washington that were then at a moderate or high risk of extinction. In another assessment of British Columbia and Yukon stocks, using somewhat different criteria (Status of Anadromous Salmon and Trout in British Columbia and Yukon – Fisheries), it was identified that over 702 stocks were at moderate or high risk, and extinction is likely unless something changes rapidly.

In a report published by the Western Ecology Division | US EPA it was also concluded that “Across the Pacific Northwest, at least 100-200 stocks are already identified as extinct, but the actual number may be much higher.” 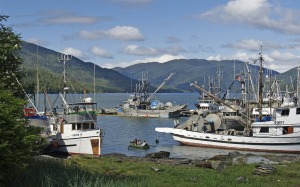 There are several causes identified as reasons for declining salmon stocks in ocean waters and streams. The high harvest rates and building dams on rivers were two major causes identified by the Western Ecology Division | US EPA.

There certainly have been some natural causes that contributed to the decline of species in the Pacific Ocean. Over the past 10,000 years, there were prodigious volcanic eruptions, forest fires, landslides, and Tsunamis that may have had widespread influences on salmon. Predators and climatic changes are also factors involved as natural causes of salmon population decline.

The decline of wild salmon in the Pacific Northwest occurred even though many salmon technocrats were aware of and some warned of the situation. Intense ocean fishing, climatic changes, natural disasters, mining, logging, road constructions, and pollution, were all causes of the salmon and steelhead population decline.

Please join our EAT FREE Community where you can make a little bit of money, making the planet better!